Food and Climate Change: The 2050 Challenge 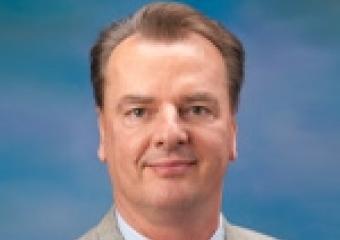 Global animal protein production is projected to double from its year 2000 levels by 2050 and the majority of this livestock production growth will occur in the developing world. Satisfying these upcoming animal protein demands will pose a challenge to the environment – hence the notion of the “2050 Challenge”. Much of the growth in the global livestock sector will occur in areas that are currently forested (i.e., parts of South America and South East Asia), which will create pressure to rely on deforestation to facilitate increased livestock production. It has been well established that significant reductions of carbon sequestering forests will have large effects on global climate change; therefore, avoiding deforestation is paramount.

By examining the historical trends in livestock production in the developed world, it becomes clear that there has been a marked improvement in efficiency, leading to reductions in numbers of animals required to produce a given amount product that satisfies the nutritional demands of society. For example, researchers at Cornell University* found that compared to 1944, the 2007 U.S. dairy industry reduced its greenhouse gas emissions per unit of milk by 63%. This reduction was achieved through improved nutrition, management, genetics, etc. born through scientific research that has led to dramatic improvements in milk production per cow. This type of intensification of livestock production found in the developed world provides large opportunities for climate change mitigation and can reduce deforestation to establish pastures, thus becoming a long-term solution to more sustainable livestock production. Today, researchers throughout the world focus on how advanced biotechnologies, improved genetics, nutrition, and comprehensive waste management already utilized in most parts of the developed world can be applied effectively worldwide.

While the extraordinary reduction in the U.S. dairy industry’s carbon footprint should be commended, attention should be given to the areas of opportunity that still exist, including transition cow management, lameness, and reproductive failure. Improving these and other areas on U.S. dairy farms should allow for even further reductions in carbon footprint per unit of milk.

Ultimately, we can not ignore the carbon footprint debate as this issue will not go away. However, the actual science behind many of the current claims has been incomplete or lacking, and it is in the best interest of producers and consumers to have environmental claims made on solid, peer-reviewed scientific data. What is needed is sustainable intensification in animal agriculture, coupled with technology transfers, to supply a growing demand for animal protein while providing environmental stewardship by using sustainable and modern production practices.

A Global Perspective on Sustainability