Sodium recommendations – What are optimal levels? 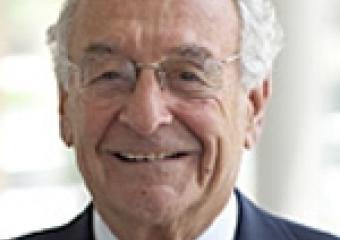 Dietary sodium, essential to human existence, has sometimes been a scarce and much valued nutrient. More recently, however, many authorities have suggested that the sodium intake of most people is excessive, and responsible for increased risk of cardiovascular and all-cause mortality.

The idea that sodium restriction would save lives is based upon the belief that the cardio-preventive benefit of lower sodium can be assumed because of its association with lower blood pressure (i.e. a surrogate biomarker for cardiovascular health). This initially reasonable hypothesis was promulgated before any scientific evidence directly linked sodium intake to health consequences or outcomes such as cardiovascular morbidity and mortality. Since then, over the past three decades, 30 observational studies, involving nearly 400,000 persons, have clarified the direct association of sodium intake with both cardiovascular and all-cause mortality. Clinical trials have also demonstrated that the health consequences of reducing sodium cannot be predicted by its impact on any single physiologic characteristic such as blood pressure.

Current sodium intake, worldwide, ranges between 2.5 and 5.0 g/d, with a mean of 3.4-3.6 g/d. Available data indicate that intakes within this range are associated with optimal cardiovascular health outcomes. On the other hand, both cardiovascular and all-cause mortality is increased among the 10% of the world’s population consuming either <2.5 g/d or >5.0 g/d. This “J” shaped relation of sodium intake to health outcome is also characteristic of all other essential nutrients. Moreover, there is no evidence that intake of <2.3 g/d is associated with health outcomes superior to those of persons consuming between 2.5 and 5.0 g/d. Thus, recommendations for universal reduction to <2.3 g/d, which would impact 95% of the world’s population, do not seem to be consistent with existing scientific evidence.

Is it time to revisit saturated fat guidelines?